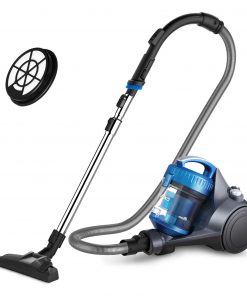 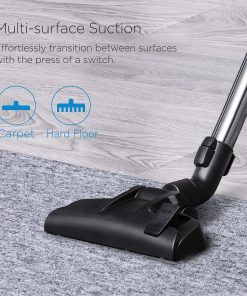 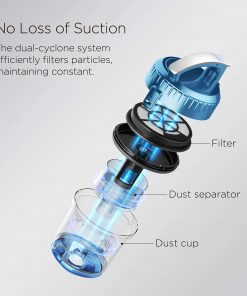 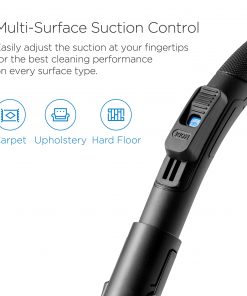 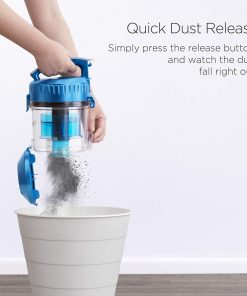 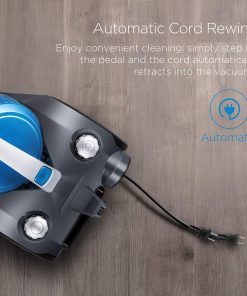 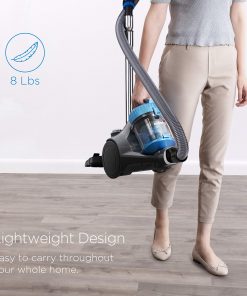 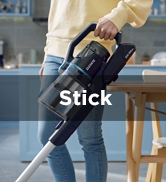 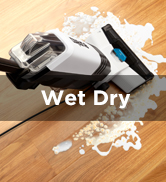 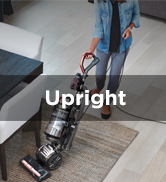 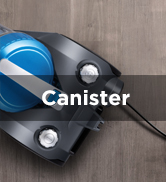 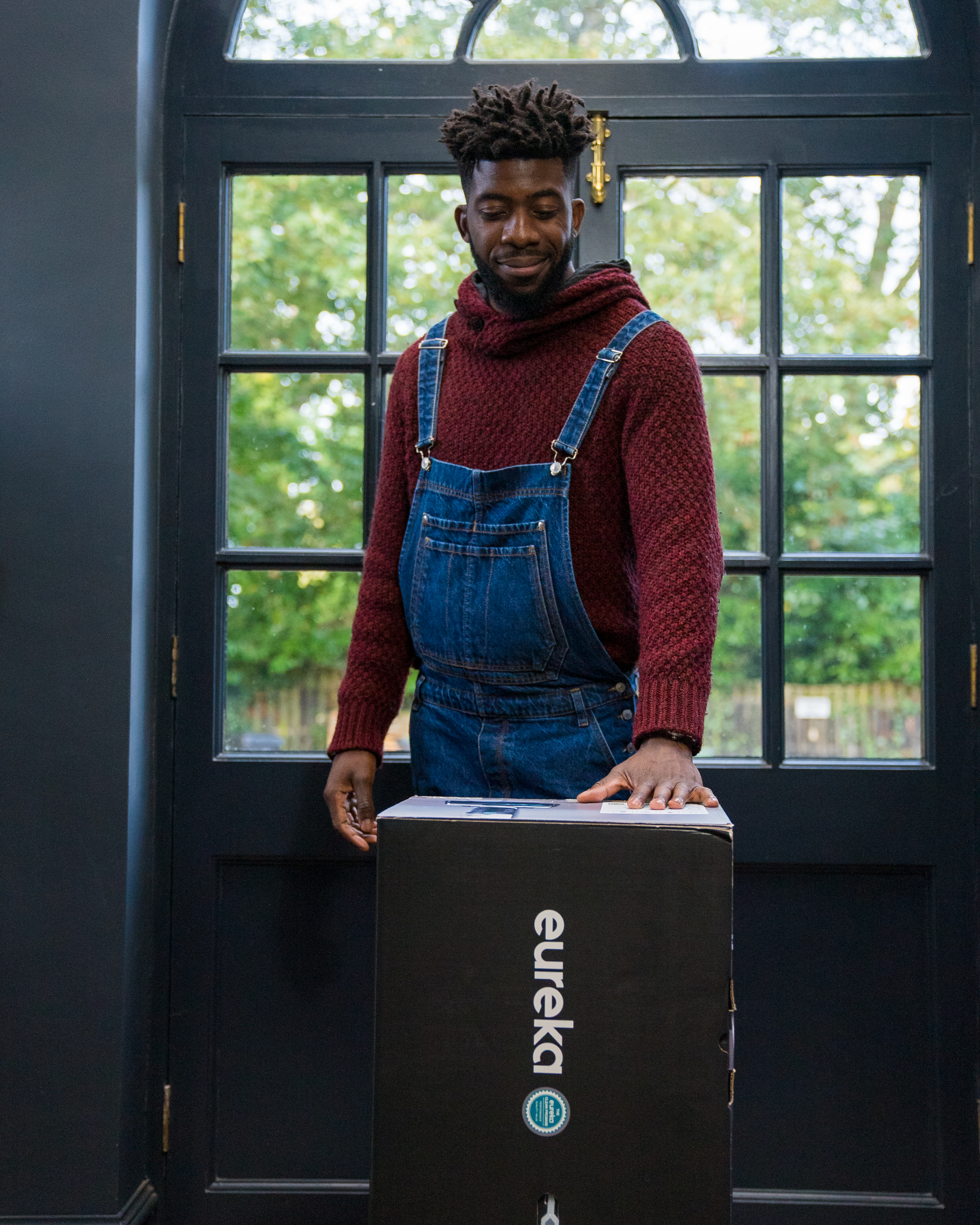 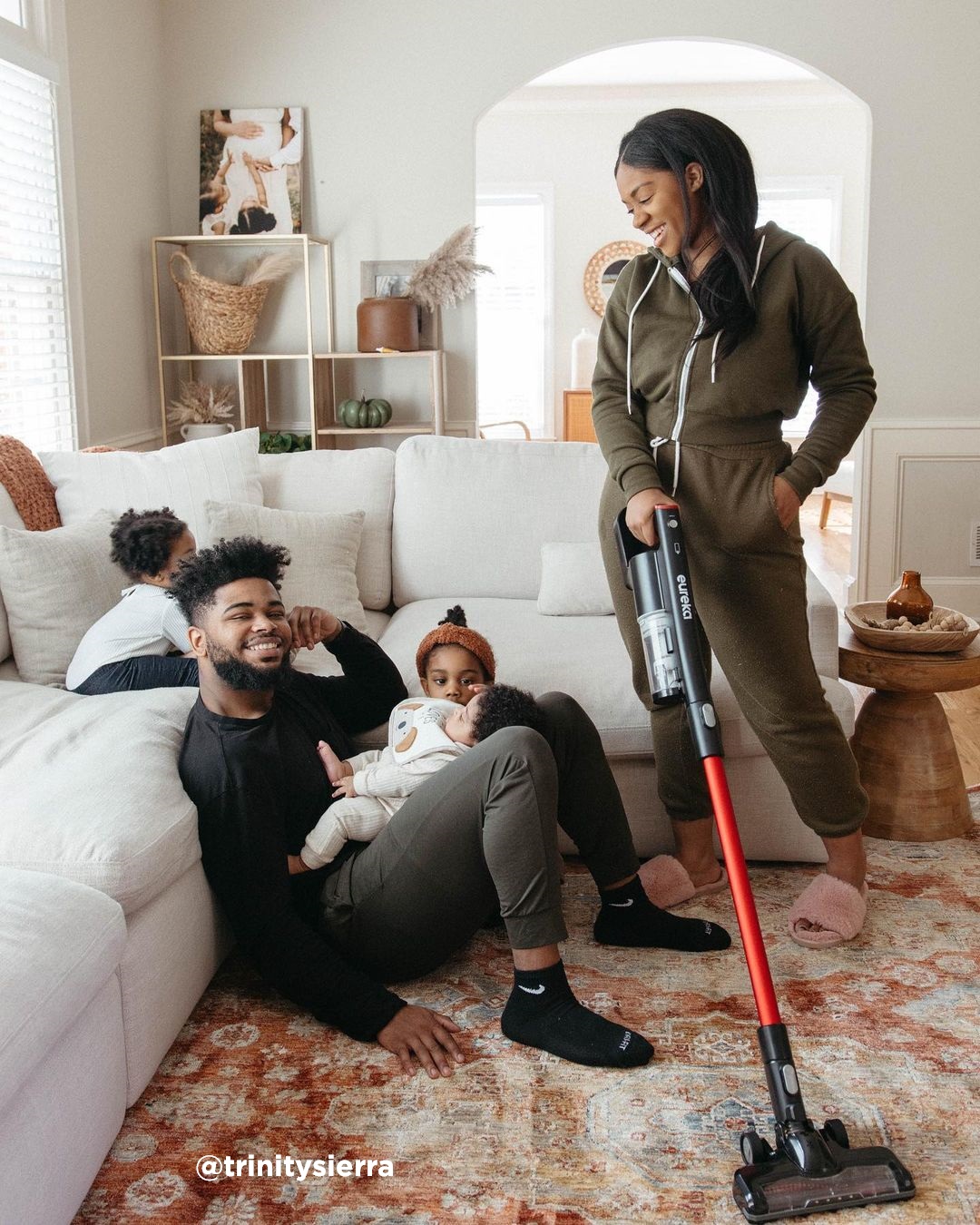 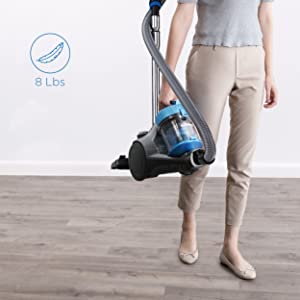 Light Weight and Easy to Maneuver

Weighs Only 8 Lbs. Carry this canister vacuum cleaner while you vacuum without breaking a sweat. 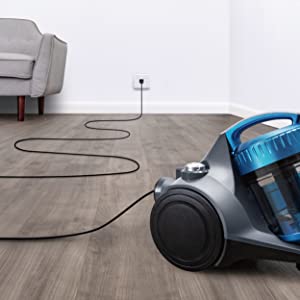 The extra long cord provides you a larger reach of cleaning. 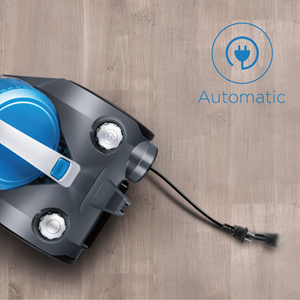 The automatic cord rewind function realizes the convenient use and rescues you from cord wrappings. 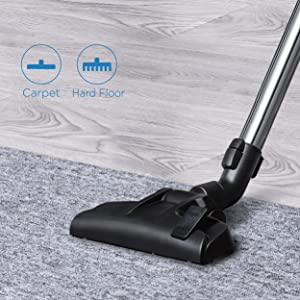 Effortlessly switch to the proper setting for carpets, rugs and hard floors with just one push of switch. 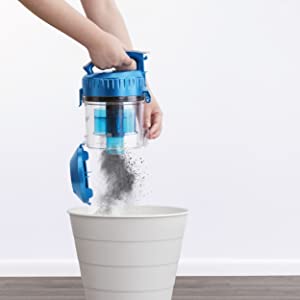 Equipped with a one button press, the 2L dust cup provides an easy emptying after cleaning. 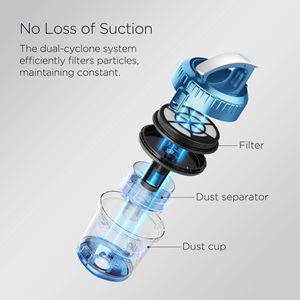 With the cyclone filtration system of this Eureka vacuum, you will enjoy high performance of air filtration. 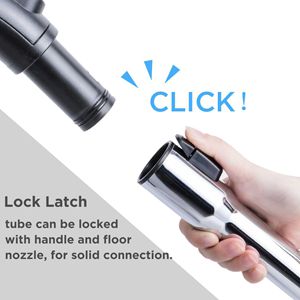 Each part securely locks into place with a snap. The hose, tube, and brush include a locking fit so that everything can be easily attached & detached. 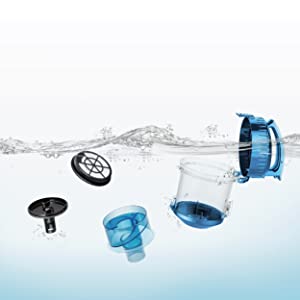 The reusable components of this vacuum cleaner requires nothing but rinse of the dust cup and filter as needed. 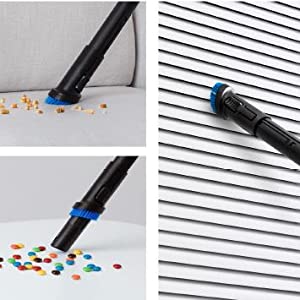 Tools on the Handle

Easily use this vacuum cleaner for windows, baseboards, sofas, hard to reach nocks and more. 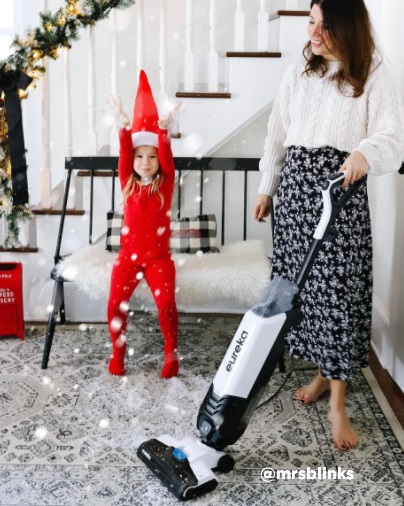 We’re here help to help! It’s versatile, we mean it! Just clean your floors and your home with the Eureka Whirlwind multi-surface and lightweight canister vacuum;
The long telescopic metal wand makes navigating around furniture a breeze;

The on board 2-in-1 crevice tool and dusting brush cleans your windows, corners and places under furniture;

The washable filter and 2.5 L dust cup reduces emptying frequency between uses while saves your money of maintenance; 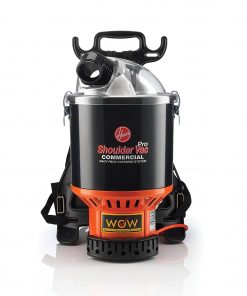 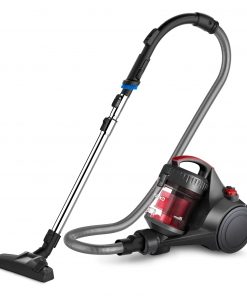